However, the increased sophistication associated with developing modern software often poses challenges if organizations do not plan releases pragmatically.

It is estimated that instead of developing a new application from scratch, organizations tend to invest more in solving bugs, downtimes, outright failures & crashes, and intermittent security vulnerabilities. Due to the complex and ongoing nature of releases in an SDLC, organizations must ensure they follow Release Management best practices to deploy codes and patches for a controlled build of application releases.

This article is an extensive guide to the release management process, its benefits, and process flow that organizations can use irrespective of their domain or application type.

What is Release Management?

A release refers to a functional version of an application and indicates the end of the engineering and development process.

Releases typically may consist of an entire application code or partial version-controlled patches. To manage releases of an application built through multiple stages of an SDLC, a Release management process oversees the planning, scheduling, testing, deployment, and control of software releases.

A release’s success factor is determined when it is deployed within the fixed timeline, within budget, and satisfies the needs of current and new users with little to no impact.

Objectives of Release Management in an Organization

One of the primary goals of release management is to ensure that releases satisfy a set of metrics. Release management evaluates the positive value or new features while identifying negative value in terms of bugs and downtimes of the newly written code. This helps to evaluate the net value of a deployment collectively. Given a set of resources, a release should provide more positive value, less negative value, and faster net value for users.

Organizations gain faster to market times by embracing a DevOps model. However, with faster deployments to production, there is a need for a thorough risk management strategy. Release management helps with the risk management process through DevOps processes audits, standardization of requirements, and governance policies.

A product manager can be responsible for various releases of an application. However, it is equally common for organizations to also have a Release Manager. Irrespective of the job title, the person managing the release management process has a set of functions to perform to ensure a successful release.

The release manager is responsible for liaising with every team involved with releasing a product to guarantee that every release contains the right features. This individual is additionally responsible for adjusting release scope or re-prioritizing feature rollouts based on information received from development project teams.

Besides, it is the responsibility of a release manager to create release plans, schedule releases, set up governance requirements, and ensure that releases meet those requirements.

Apart from the Release Manager, the release management process is a collective cross-functional endeavor that requires input from different teams in the organization. These include:

Although the exact release process may vary from one organization to another, here are some key steps describing general activities the release management involves:

This step involves the provision of support frameworks and guidelines for release deployment. This is typically different from end-user support, as this factors in scenarios and considerations for both pre, interim, and post-deployment stages of the release.

The request stage of the release management process is where the product team formally asks for a novel or additional functionality for the application. This step requires a documented user story specification that defines the benefits a user should gain from using that feature or its business value. This step ensures that there is no ambiguity determining if a feature was correctly and completely implemented.

Acceptance criteria are precise details of what functionality the feature described in a user story should have. The acceptance criteria establish a common understanding of the problem, clarify what the team should build, and indicate when work should stop for a story. Additionally, during tests, these criteria are also used to verify the user story that further sets out the exit criteria and definition of done for task scheduling and prioritization.

A user story typically identifies a single problem or requirement to address in its simplest form. Done is a list of checks that teams use to validate a user story’s completion and agree on the quality of work produced. It is used to specify what defines the quality and completeness of a user story across a team and ensures that the feature shipped at the end of the sprint is of high quality.

The release planning phase involves the determination of the scope of a release deployment. There is a clear definition of the exact features to include in the release. Additionally, any bottlenecks that can cause delays need to be identified before it occurs.

This step is where the release manager determines if and how the proposed additions or modifications will affect the existing functionality by examining the dependencies between the application components. It must also be ensured that there is time to evaluate the application’s compliance, downtime, or security risk profile.

Considered as the development phase of the release, this phase involves translating user stories to a suitable system design – for new products – or incorporating the new component into the existing architecture for application updates or upgrades. The release is then written in a suitable programming language.

In addition to unit tests written during development, integration tests are performed to ensure that the newly added features interact correctly with each other.

Additionally, a group of users gets to test-run the application in what is known as a beta-testing stage and give feedback. Using this feedback, the organization can improve the product before the actual rollout.

After the product passes all quality assurance tests, the build or application is pushed to a live environment where the more extensive user base can access the new iteration of the software. This stage also involves making the required documentation to navigate the application available for both end-users and support personnel.

Involves identifying and resolving any issues that arise together with the incident management team after the deployment of the build.

This is the formal closure of all release activities. It involves checking that necessary documentation is up-to-date.

Before deploying code to the production environment for end-users, there are several considerations the release manager needs to factor in. These include:

Product Viability: Releasing perfect software that will never change or be updated is an impossible feat. However, the release manager must make sure that the product is viable. This means that the product is fully functional, usable by end-users, and delivers a reasonable subset of required features within a specified timeframe.

Test Coverage: The release manager has to know how much testing the software has undergone and what is left to test. All the features should be tested and should work as expected.

Rollbacks: Determine if there is any plan for rolling back of problematic feature updates. Typically a rollback plan will address how to resolve the issues swiftly and efficiently.

Documentation: A well-written document helps to provide a holistic view of the software. The checklist must determine that there is enough documentation for each release. Documentation keeps the various teams aligned and is necessary for effective collaboration. In addition to the documentation done during the design, development, and testing process, it is vital to document user feedback that teams can use to improve the application.

Support Readiness: A support team is an integral part of the release process as they support the end-user – a key stakeholder of the product. The release manager has to check if the team has received adequate training on the product, how to use it and how it works. Checking in with the support team also involves providing satisfactory end-user help documentation to send or show users.

Based on the concerns raised in the section above, here is a list of content ideas for a checklist template.

While a finely crafted release plan is of utmost importance for the successful rollout of releases, there are certain tools that streamline various aspects of the process end-to-end. Some popular Release Management tools include:

Plutora: Plutora provides a release management tool that organizations can use to set and schedule hierarchical releases, track any dependencies, manage approvals, and maintain compliance.

ProductPlan: This is a tool that release managers can use to create a release plan for the different cross-functional teams working on the product.

Release management enables organizations to deploy software on time with minimal disruptions to the end-user or business functions.

By creating a process that covers each of the key steps discussed, setting up release policy and standardized governance, and using the right tools to manage the process, organizations can improve their software releases manifolds.

To know more on how Enkonix can help through Technology Consulting and manage your releases, contact us here.

See Next See Next
Irene Sliusarenko 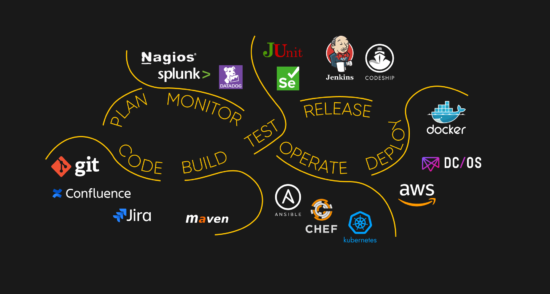 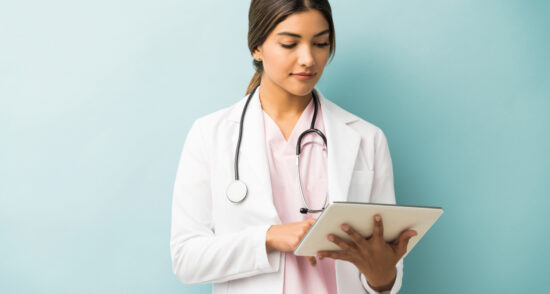 A Guide to the Essential Healthcare It Standards & Regulations