Fast-forward to 2020, and both Vue and React provide businesses with a great productive approach to building their web applications.

When designing a software solution, one of the first things companies have to do is decide on a front-end framework. And though for a while there, it appeared that React and Angular would be the only top dogs in town, out of nowhere, another contender swiftly emerged to battle it out for the proverbial crown — Vue.js.

Fast-forward to 2020, and both Vue and React provide businesses with a great productive approach to building their web applications. But as we hope to make clear in today’s article, each one of these will come with their own individual use cases and should be suited for dissimilar needs.

To understand each framework’s weaknesses and strengths, it is helpful to take a look at where exactly they stem from:

What is React JS?

The Paris Hilton of JavaScript libraries, one could argue that the main reason for React JS’ success is the fact that it was birthed by none other than Facebook itself — but this would be hugely simplistic. In reality, despite the fact that back in 2013 the framework was released to cater to Facebook’s needs, today, this corporate backing is mainly indicative of both stability and reliability, and it is used by many other companies such as Netflix, Yahoo, and Outlook.

Vue, on the other hand, is an open-source JavaScript framework developed in 2014 by Creative Technologist Evan You. At the time, You was responsible for UI/UX prototypes and creative experiments at Google — and interestingly enough, in order to do this, he worked with both Angular and React.

In a stroke of genius, You figured that if he could simply extract the parts he liked from each one of these individual technologies, he would then be able to create something that was truly lightweight and great. His suspicion, as it turned out, has proved to be largely correct, as Vue has also been adopted by a number of big-name players like Nintendo, GitLab, and Adobe to name a few.

While both frameworks are fairly similar to one another, Vue is a lot simpler to work with. Both come with first-rate official documentation with plenty of step-by-step references and practical examples, yet whilst React is built strictly around the web components approach, Vue is able to do the same in a considerably more lightweight fashion. In fact, not only is Vue incredibly tiny, but you can also use it on web pages that are old enough to have been built with jQuery.

In addition, both Vue and React may easily work in tandem with powerful JavaScript libraries for managing application state — Vuex and Redux respectively — and have architectures to support complex front-ends which include module loading on demand.

Finally, in Vue’s case, transitioning from Angular should be a fairly straightforward endeavour. Bear in mind, however, that because React JS has such a massive online community, any questions developers do harbour will all but certainly have been answered online.

On that note, by the way, though it is true that there are considerably more projects making use of React than Vue (roughly twice as many), it is also impossible to deny the fact that Vue.js is quickly gaining ground. On Github, for instance, Vue has already surpassed React in the amount of awarded stars (146,000 for Vue compared to 134,000 for React). This is largely due to the fact that developing with Vue is often noticeably more productive than React, as developers are able to deliver more features within the same amount of time.

Similarly, as reported by the latest State of JavaScript survey, Vue.js developers earn $62,400 (£51,600) on average, whereas React.js programmers make $73,400 (£60,700) a year. In practice, this means that if you want to put together your own software development team, though it may be easier to find them, React JS developers may also be costlier to hire.

Based on benchmarks alone, React is also somewhat snappier at runtime, while Vue comes out on top in both memory allocation and startup times. In addition, when comparing DOM manipulations, though React may be faster than Angular, it is still slower than Vue. Note, however, that because performance is very much dependent on not only specific apps but how developers choose to build them, this criterion, in particular, will always be difficult to assess.

If you are hoping to build your app once and reuse your code across a multitude of devices, then React JS will undoubtedly be an excellent choice. The framework includes React Native, which enables developers to build native-like applications with JavaScript — as opposed to using Android and iOS’ native technologies.

In Vue’s case, by contrast, there are a number of different options for building native mobile applications. Of these, NativeScript is by far the most popular, though both Weex and Quasar are also well worth checking out.

When to Use React JS and Vue

At SPG, we believe that both Vue.js and React pose equally excellent tools for building jaw-dropping user interfaces. In fact, the majority of our projects today are a combination of Vue + Python or Node or React + Node or Java. But with this in mind, deciding which one to use for your next project will depend on a variety of factors, including a budget, individual use cases, your specific business needs, and environment.

See Next See Next
Volodymyr Lavryk 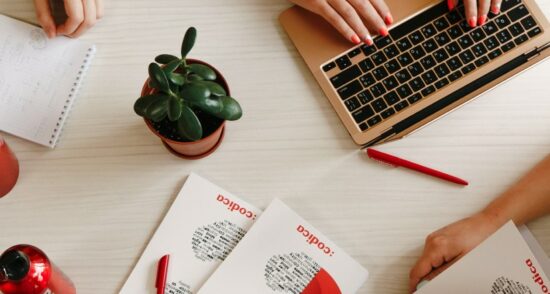 React vs Vue: Which JavaScript Framework to Choose for Your Project 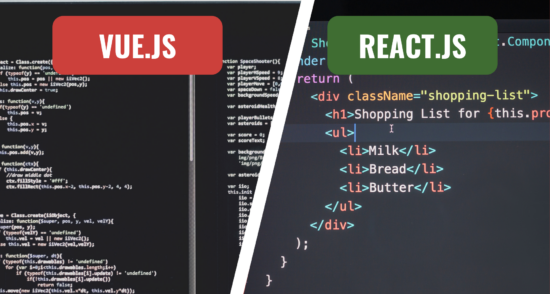 Vue Vs React: Which One To Choose?