Attrecto developed a mobile application for Hungarian utility provider, E.ON Hungária Zrt. The company sought a user-friendly app to enable owners of electric vehicles to better manage their use of electric charging points. The app will make charging a far more pleasant experience for users, and we are receiving positive feedback from the client.

Attrecto has cooperated with E.ON Hungária ZRT on further projects. We assisted with the development of a chat-based customer service solution, the E.ON.hu portal. In addition, we built an interactive mobile application for annual music festivals where the festival goer can redeem steps (points) for gifts through active games.

This time, the company approached us about the need for the E.ON Drive app, also known as the E-Mobility app, with a modern interface, for those using electric charging points for their electric vehicles.

Users of the app can:

The application works with different electric charges, which are served by a backend system (BDE) connecting to the charger’s server via REST communication.

The system collects information about the charger’s status and transmits it to clients via the app. The client can use this information to determine the charging time and kWh per car.

We started work early in 2019. Initially, we needed to understand the backend system in order to connect it to the app to meet the business needs. The development worked in a WaterScrum methodology with a predefined scope and milestones.

Most of the problems stemmed from the backend-system responsible for servicing the charging station’s servers. Our team worked with E.ON to solve these issues, step by step.

To meet business needs, we also created a server (DBE), which initially contained only a few features. As the project progressed, this server became the heart of the system, and several other features were integrated.

The backend was implemented from an infrastructural perspective in the Azure cloud service, which posed additional challenges. We had to serve three environments, which we were also entrusted to manage.

Initially, the demo deadlines followed each other closely. This proved difficult in terms of development, testing, and organization. However, with mutual agreement, we relaxed these deadlines, which meant we were better able to keep up with our improvement deadlines.

We decided to bring our development and testing teams together to facilitate a faster and more seamless response to issues that arose. We have encountered a number of technical challenges at the system level, development level, and, last but not least, organizational level. Several teams worked on a number of features at the same time.

On the client-side, the teams were organized into units, which helped make a 1-1 feature with similar speed and methodology on both Android and iOS platforms. On the backend, depending on the task, each developer had a separate task or worked with another developer on a task.

For the applied development methodology, we used the SCRUM elements within each state of the waterfall model. The development included sprint phases, and daily stand-ups, both in-house and separately with the client. After the sprints, we held Ad Hoc retrospective meetings with the client to refine our processes in order to reach the client’s goal.

Because the client’s systems were closed and behind a VPN, the available tools were limited.
We used:

The project was challenging as we had to overcome a number of organizational, design, and development issues.
However, the end result is an app that makes charging electric cars easy and a pleasant experience for E.ON’s customers. Feedback has been positive, and we are already working on plans for the next version.

During this project, we developed as both individuals and as a team. We have been enriched with valuable knowledge and experience that we will be able to use on future projects. Just as importantly, our team worked together well with another and with the client, and we have benefited from improved morale and team spirit by working towards a common goal.
We have learned that it is worthwhile and necessary to build a close relationship with a client and to discuss problems openly in order to find a solution as quickly as possible. 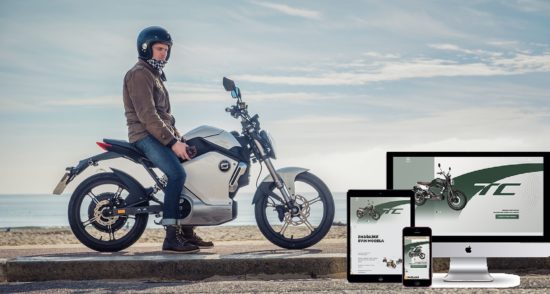 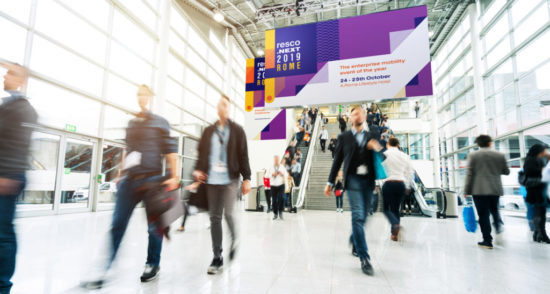 Resco Next – Enterprise Mobility Event of the Year