As Google research confirms, the UK is one of the largest strongholds for mobile app development activities across all of Europe and offers a revenue-rich, business-friendly market where high-quality mobile apps run their regime.

UK enjoys the bragging rights of generating more than a third of total revenues from smartphone software in European continent with almost fifth of total European smartphone applications developers located in the UK and more than 30% clustered in London, Manchester, and the southeast part.

After the US which is a top leader in the technology sector, the UK is believed to be the second most sought-after tech center and vies fiercely with London’s major European technology rivals such as Paris, Munich, Berlin, Moscow, and Madrid.

In the following passages, we will delve a little more into the prospects and real-time opportunities presented UK mobile app development market.

The UK Is a Digital Powerhouse

Due to the unbelievable scope of a bright career and lush landscape offered by UK app market, it comes as no surprise that developers and designers swarm to UK’s ever-dynamic tech industry, its massive income potential and work satisfaction.

Based on the market’s expansive nature, Google forecasts 30,000 more relevant jobs will be created in the upcoming 12 months. No wonder why start-ups tend to appear in Cambridge, Edinburgh and Birmingham.

The research by Vision Mobile, the market analysis firm, estimates that smartphone application sales will exceed 4 billion this year and the resultant revenues is predicted to reach £31bn by 2025.

Sponsored by Tech City UK, the research also suggests that while nearly half of UK-based app developers and designers make great income from mobile app development efforts, a fifth of them does not generate any income from apps as they enjoy the process as a hobby.

The UK industry has beneficial close links with US tech leaders and UK government also supports the start-up economy as they initiate incentives and investments to encourage more resilient digital ecosystem.

Joanna Shields, the chair of Tech City UK considers the UK as a digital powerhouse across many technology sectors and believes that the digital industry is driving the UK’s economic future, prevailing in Europe’s app development scenario.

If we cast a realistic glance at smartphone usage in 2016, 91% of people aged 18-44 owned a smartphone, which amounts to 21 million phones. Statista further estimates that 2017 alone had nearly 42.4 million Smartphone users in the UK, which is enough to indicate the boost in a year.

These numbers demonstrate strong evidence that the UK is leading the way in the European market in the domain of app development, making it a lush place for a mobile app development company to grow and dominate the digital market.

There is little reason for an entrepreneur or SMBs to be woeful when it comes to having a mobile app software developed in the UK continent especially after Brexit phenomenon.

Usually, the process of cost calculation for a UK-based mobile app development company touches on several factors including:

The UK offers the world’s best app developers and costs that border on the global average. The price tags for native and cross-platform app development are quite different with cross-platform tools offering combined backend architecture and reusable code with independent native APIs.

App Development Costs per Hour in the UK

As Statista reports for Android app development, the approximate figure varies from the average $32 to nearly $167 per hour depending on the length of the project.

For iOS, it is $47 to $175 or even a little higher, which is further debatable to project size, expectations and complexity.

The per-hour amount developers or a company charges hit the all-time highs globally as the demand for advanced features evolves and quality improves.

The reason for the high rates is that the UK’s digital stage is globally popular for its myriad versed developers and exceptional talents.

Another parallel fact that contributes to stiff price rates is that many originally US companies operate from the UK and have their offices there.

Popular Apps in the UK over the Years

From 2016 down to 2018, the most popular mobile apps – which are also the most used –continue to switch its place from one spot to another though more or less these apps have commonly remained popular among the audience over years.

Some of these apps are:

This list is not presented in its absolute order of popularity as it is subject to variable factors including public interest, sources information, play store downloads and digital market analysis.

However, there is no dispute that in 2018 these apps ruled the world of UK mobile app users and further encouraged Android and iOS app development.

Being popular for over a decade in the market, Facebook still blossoms on number one with stupendous improvements introduced every now and then.

On the other hand, owned by Facebook, WhatsApp is massively worshiped among UK users and survived the toughest competitions.

It turned out that British smartphone users will access their favourite apps 12 times on a typical day, spending an average of 17 minutes each day using it.

While VR (virtual reality) establishes an all-new reality, AR enhances its digital actualization with a fusion of virtual and real-world experience.

By 2020, both AR and VR are predicted to generate $150 billion in revenue, which spawns a more potential market for applications based on these trending technologies.

Online businesses such as Amazon Go have already disrupted the retail sector with it.

As stated in the latest report by International Data Corporation (IDC), AI Technology is likely to create over $47 billion in revenue in 2020.

When seen hand-in-hand with Data Analysis and AI, IoT network is going to devise a uniquely seamless experience with automated functions enabling communication as well as data sharing with mobile platforms and backend system.

The emerging popularity and interest in Android Apps is mainly due to its ability to allow users to access apps without installing them.

These apps have been a curious trend in 2018 and their quick, instant access makes them even more interesting for consumers of on-demand apps.

Choosing the Best from the Pool of UK Developers

This section revolves around the small things you should consider while selecting the best mobile app development company from the existing market options.

You can conduct thorough research on your own and refer several online marketplaces where information on app developers is generously available.

During the interactive interview phase, you can think of learning about the skills and experience of developers while they try to get the grasp of what your business is about. You can meditate on the following:

There is no contest in saying that UK app development scene is glittering with stellar talents and achievers, with many big success stories are bred by its digital market.

By now you know enough about the promises UK mobile app development market offers and how to approach and hire the agile teams of developers.

Make sure you plan ahead to instigate a project with them and share a clear vision of the mobile app. 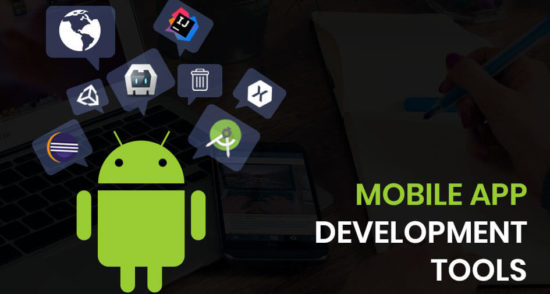 How to Hire a Mobile App Developer