Out of the multitude of various industries blockchain technology has the potential to significantly impact, the world of graphical rendering is right at the forefront.

This article was originally published on CoinCentral.com authored by ALEX MOSKOV

If you’ve ever taken a video editing course or gone into video production, you’ve felt the struggles associated with the current video rendering technological limitations. If this is your first exposure to the rendering world, just imagine having to wait anywhere between 30 seconds to 10+ minutes for every edit to save to your project. A project that could take an hour may end up taking 3 to 4, with the majority of the time being spent twiddling your thumbs looking at a loading color wheel.

Video rendering currently takes up a significant amount of computing power and can get fairly expensive.

As other video technologies such as CGI, 3D, VR/AR, etc continue to evolve in the direction of higher quality, video rendering technologies have lagged behind significantly.

Blockchain and its various applications provide the ability for a total video rendering facelift. Whether that be through facilitating access to cheaper computing power and creating a market for it, projects like Leonardo Render aim to provide users with a faster and more cost-effective video rendering experience.

We got a chance to pick the brains of the Leonardo Render team. Enjoy!

For the benefit of anyone not familiar with the term, what exactly is graphical rendering? Where is it used, and by what kind of companies or people?

Graphical rendering is the final stage in the process of creating computer-generated imagery (CGI). It is the process that transforms a digital wireframe into a photorealistic image. Rendering is used by an incredibly wide range of industries, including the film and entertainment industries, architecture and real estate, and product design and manufacturing. Anyone who uses CGI in his or her work uses rendering.

What are the challenges faced by those in the graphical rendering industry today? How will Leonardo Render address those challenges and what kind of a difference will it make to those working in the industry? 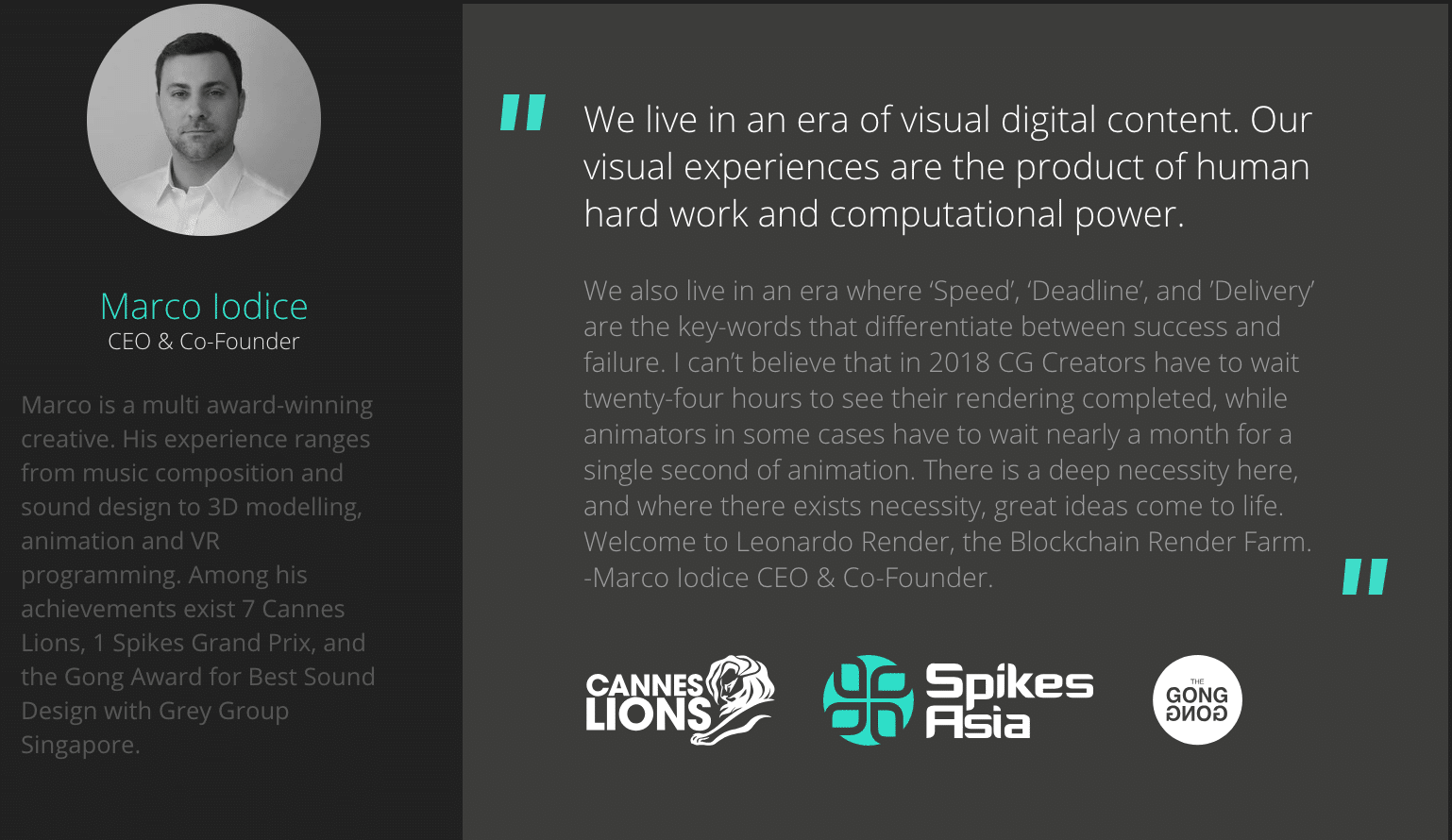 How will creatives already working in CGI be able to use Leonardo Render? What kind of new software or know-how will be required for them?

Leonardo provides an easy-to-use, free to download GPU virtualization software. This software allows creatives to access the computing power of Leonardo’s GPU network and complete their renderings in a fraction of the time it would take using their computers’ internal GPUs.

You already have an existing partnership with GigaWatt – can you tell us a bit more about how that has developed and how it works?

The GigaWatt brand has a large degree of visibility within the supercomputing world, and presented a natural alignment for Leonardo. Although Leonardo is in the process of onboarding additional GPU farms, GigaWatt’s 23,000 GPU facility currently provides the infrastructure backbone of the Leonardo network.

What are the requirements and opportunities for individual miners who want to get involved?

Miners are required to stake LEOS tokens to join the Leonardo network and operate with a minimum of 50 GPUs.

Leonardo Render has a team with a diverse background. For example, CEO Marco Iodice previously won several awards for creative sound production on a project called “Life Saving Dot” which helps women in rural India. Tell us more about the core team, and how they came together around the idea of Leonardo Render.

Leonardo’s core team showcases a wide range of creative skill sets. Marco is an experienced designer with many accolades from well-recognized organization including the Cannes Film Festival, and Adrien Song is also a high-level designer with a long track record of success in the field.

The company’s CTO, Marin Gucki, has been working on GPU virtualization software for four years and is the brainchild behind the company’s capabilities, Delon de Metz brings a strong background in business strategy and development, and Taylor Milova is an ace project manager.

What are the upcoming milestones for Leonardo Render going into the ICO and beyond?

Apart from the ICO, Leonardo is in the process of optimizing its software, expanding its web of GPU farms, and bolstering its partner network. Leonardo aims to release the full public version of its software by the end of the summer and kick off the fall with the fastest rendering platform the world has ever seen. 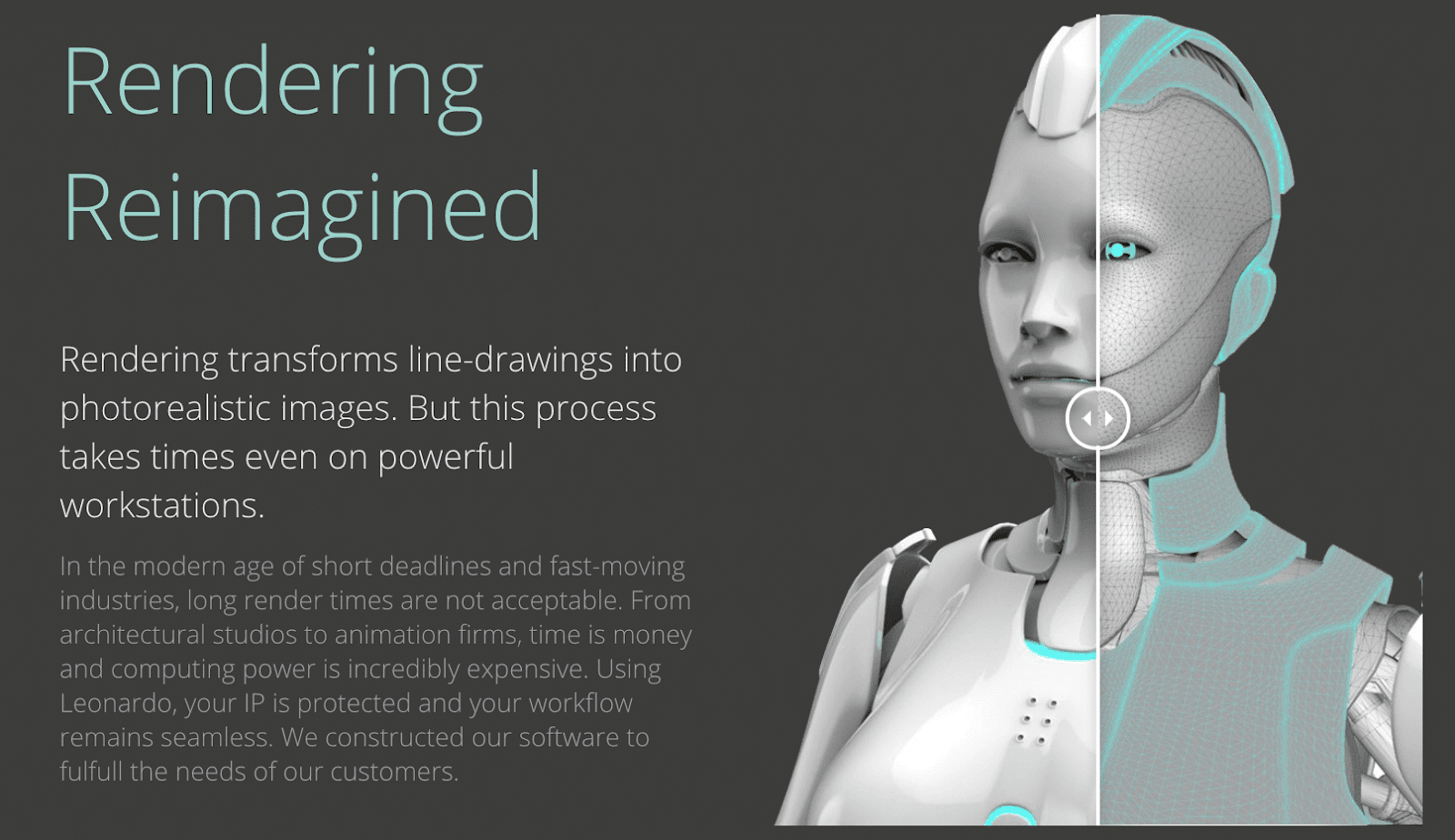 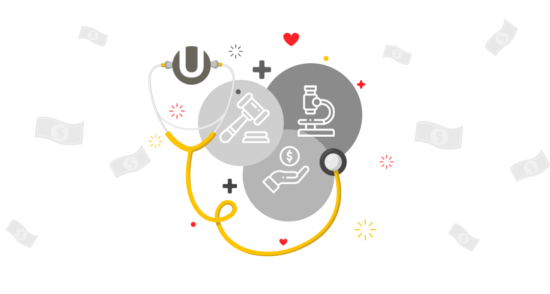