During COVID-19, readers were wise to visit online versions of mainstream media to avoid fake news on social media.

As a routine, every morning Ms. Tran Minh Thu, director of a leading travel agency in Vietnam, starts her day by reading news on her Facebook Newsfeed. Posts and articles covering the impact of COVID-19 on Vietnam’s tourism industry appear in front of her eyes, however, the young director is conscious when selecting verified sources to read. Therefore, she turns to mainstream media instead of relying on rumours spread across social media.

Likewise, two months ago, Ms. Cao Thanh Trang, a primary school teacher in Ho Chi Minh City, used to follow the latest news about the number of active cases in Vietnam, as well as when students and teachers could return to schools once the pandemic got under controlled. There was a lot of controversy over whether children should come back to schools or not on social networks. Nevertheless, Ms. Trang only read the latest updates from mainstream media.

These are two in many cases in which Vietnamese people have once again put their trust in mainstream media rather than discussions on social networks. Apparently, during the COVID-19 crisis, widespread fake news and unverified information on the Internet were inevitable, however, readers were wise to visit online versions of mainstream media to keep themselves updated. That is the reason why the number of visits to these sites significantly increased, especially during the 3 weeks of social distancing.

The robust rebound of mainstream media

Dr. Clāra Ly-Le, Managing Director at EloQ Communications, stated in the webinar on “Entering the post-pandemic era: New relations with the new public”, according to the statistics from Similar Web, there was a robust rebound of mainstream media when the number of visits and views both rocketed. Since the public wanted to filter fake news from social media, they decided to put their trust in professional news outlets.

A study by Edelman’s Trust Barometer, conducted among 1,200 people from 12 countries in America, Europe and Asia, indicated that local residents chose mainstream newspapers as a reliable source to update the latest information about the COVID-19 pandemic. Traditional media achieved a new milestone, reaching 69% in the level of credibility worldwide in the past 5 months. Concerns about fake news were still an existing problem among the public. Many reports have shown that the majority of people were worried about the dissemination of inaccurate information related to the spread of COVID-19, thereby, started to search and read the news on mainstream media channels.

“Vietnam is not an exception. Mainstream media have demonstrated their roles through the ability to verify and report news precisely. Accuracy is also an advantage of mainstream media when competing with social media. At the beginning of the pandemic, when misleading news was widely spread on social media, the audience decided to put their faith in reputable news outlets. During the peak of the pandemic, many online newspapers in Vietnam witnessed the surge in the number of visits”, Dr. Ly-Le added.

Mr. Nguyen Trong Phuoc, Managing Editor of Thanh Nien newspaper, agreed that online news outlets in Vietnam experienced the spike in visits during the COVID-19 pandemic. Ms. Trang Pham, the Senior Editor at Tuoi Tre, revealed that in the peak period of the pandemic, the number of visits to the Tuoi Tre site grew significantly, with the rise from 7 to 10 times on certain days compared to pre-COVID. She said: “The most viewed content on a daily basis is the record of active cases in Vietnam and around the world. Besides, readers also cared about the health status of the British pilot, who is the 91st case in Vietnam.”.

Due to the concern about fake news, users have turned their backs on social media and no longer consider it as a reliable source. A new report by Edelman also pointed out that the trust for mainstream media rose to 65%, while that of social media stood relatively low at 43%. Vietnamese users are returning to mass news outlets to find trust-worthy and accurate information.

Mr. Duy Nguyen, Editor of Saigon Tiep Thi, said that besides information about COVID-19, readers are also interested in other columns such as culinary, travel, sports, and healthcare for individuals, families, and especially children. It explains why the number of visits to online news channels witnessed the 10 times growth during the crisis, compared to the pre-COVID period. Until now, mainstream media are continuing to maintain their active readership by updating the latest news that reflects the international situations and the new normal life of Vietnamese people.

However, reality showed that online newspapers are facing fierce competition with social media in distributing news. Online news channels used to be superior in reporting fast and up-to-date news that covers all aspects of the socio-economic life in Vietnam and around the world. However, this advantage now belongs to social media. Although mainstream media is sometimes slower than social networking sites, they have maintained their dominance in credibility, verification, reliability, the ability to report on an issue in-depth and in a multidimensional manner. Especially, online news media have a greater potential in using integrated resources, from technology application to data sourcing.

Ms. Vi Mai, Public Relations Manager at EloQ Communications, said: “With the strong connectivity thanks to hyperlink, keywords, web links, attachments and the large storage capacity, the digital newspaper gives the public easy accesses to information. Therefore, online media has the ability to able to disseminate news and attract readers to its reliable and accurate sources, which enhances the effectiveness in communications activities and satisfies the demand for information of the audience”.

According to a report of the Vietnamese market research agency Q&Me, 73% of the respondents said that they read the news on an online newspaper, with 40% doing so using smartphones.

In Vietnam, mainstream media has maintained its position with the ability to provide readers with precise information. Authenticity is a competitive advantage that helps online news outlets win against social media sites. “As a communications professional, this is a thing to keep in mind when selecting media to approach the public in post-pandemic campaigns. For a really long time, customers have put their favor on social media, however, after this pandemic, mainstream media will definitely appear again in communications plan”, Dr. Clāra Ly-Le concluded.

Author Vi Mai is a PR manager at EloQ Communications. Vi has more than 11 years of experience in journalism and social marketing. She is also a strategic planner for many projects of the company. This article was originally posted on EloQ’s blog. 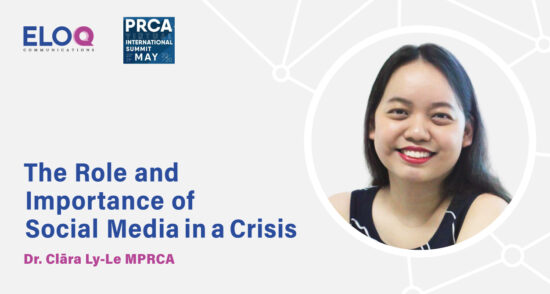 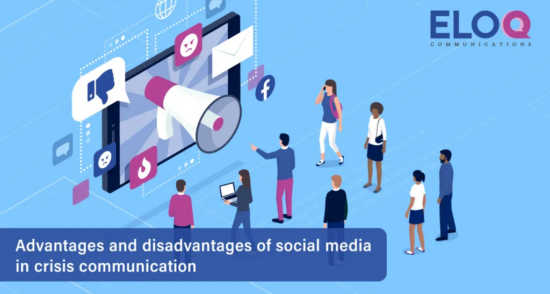