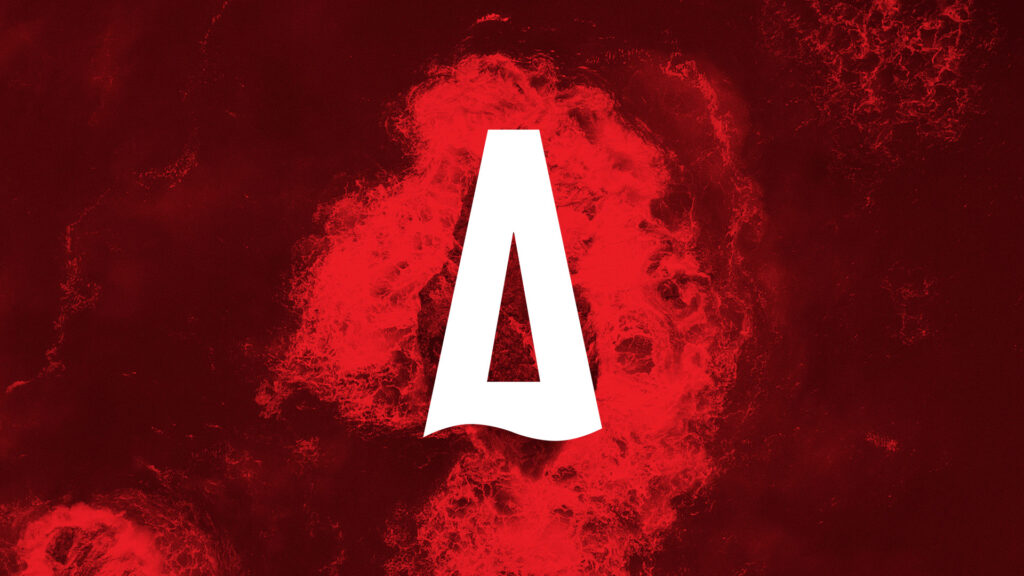 After setting up the foundations of the rebranding — the positioning and the slogan — we focused on the visual identity.

Even though a lot of beautiful projects have already seen the light of day thanks to our collaboration with Atlantic Grupa, this one holds a special place in our hearts — and our agency portfolio! From the initial research, repositioning and definition of corporate values, all the way to the strategy, visual identity and execution — this mega-project lasted for more than three years. It resulted in one of the biggest and all-encompassing domestic rebrandings, which permanently changed the look and the internal and external communication of one of the biggest corporations in the region.

Atlantic is huge. No, we don’t mean the ocean but the company. Atlantic Grupa employs more than 5000 people in 5 countries with a distribution network that covers 40 markets worldwide. It’s known as a house of brands – the owner of the biggest local brands such as Cedevita, Argeta, Cockta, Barcaffè, Donat Mg and Smoki, but also as one of the most dominant distributors in the country. All this makes it an extremely powerful and relevant company – in every aspect.

20 Years of Sailing Under the Same Flag

From its beginnings, the company has been continuously growing, and its great progress went in step with constant modernization – from investing in new technologies to introducing innovative business processes. Still, that modernization wasn’t necessarily being reflected in Atlantic’s image. As it was growing, employing and slowly turning into the flagship company of the Croatian economy, its visual identity was stagnating. That’s why it was about time to modernize the image of this “small giant”.

“We have the same logo for the last 25 years, but the company has changed significantly” — excerpt from the brief

A Sea of Change

After setting up the foundations of the rebranding – the positioning and the slogan – we focused on the visual identity. It’s inspired by the name and the contours of the Atlantic Ocean which connects the Old World with the New, just like Atlantic Grupa achieves growth by connecting the existing markets with untapped ones.

Unlike the previous one, the new logo is thoroughly simplified, establishing the wave as the dominant graphic element which symbolizes dynamism, strength and a focus on discovering new shores. It’s complemented with the “Ocean of Opportunities” slogan which sums up the essence of what the company offers its employees, investors and partners: infinite opportunities to grow, learn and enjoy a successful career.

The change wasn’t just cosmetic – it was the result of a thorough analysis and redefinition of the brand’s positioning to make it correspond with a modern and propulsive company. The new approach permeates the entire brand – from the corporate values and internal communication all the way to the sea of corporate materials and its appearance on the B2B and foreign markets. 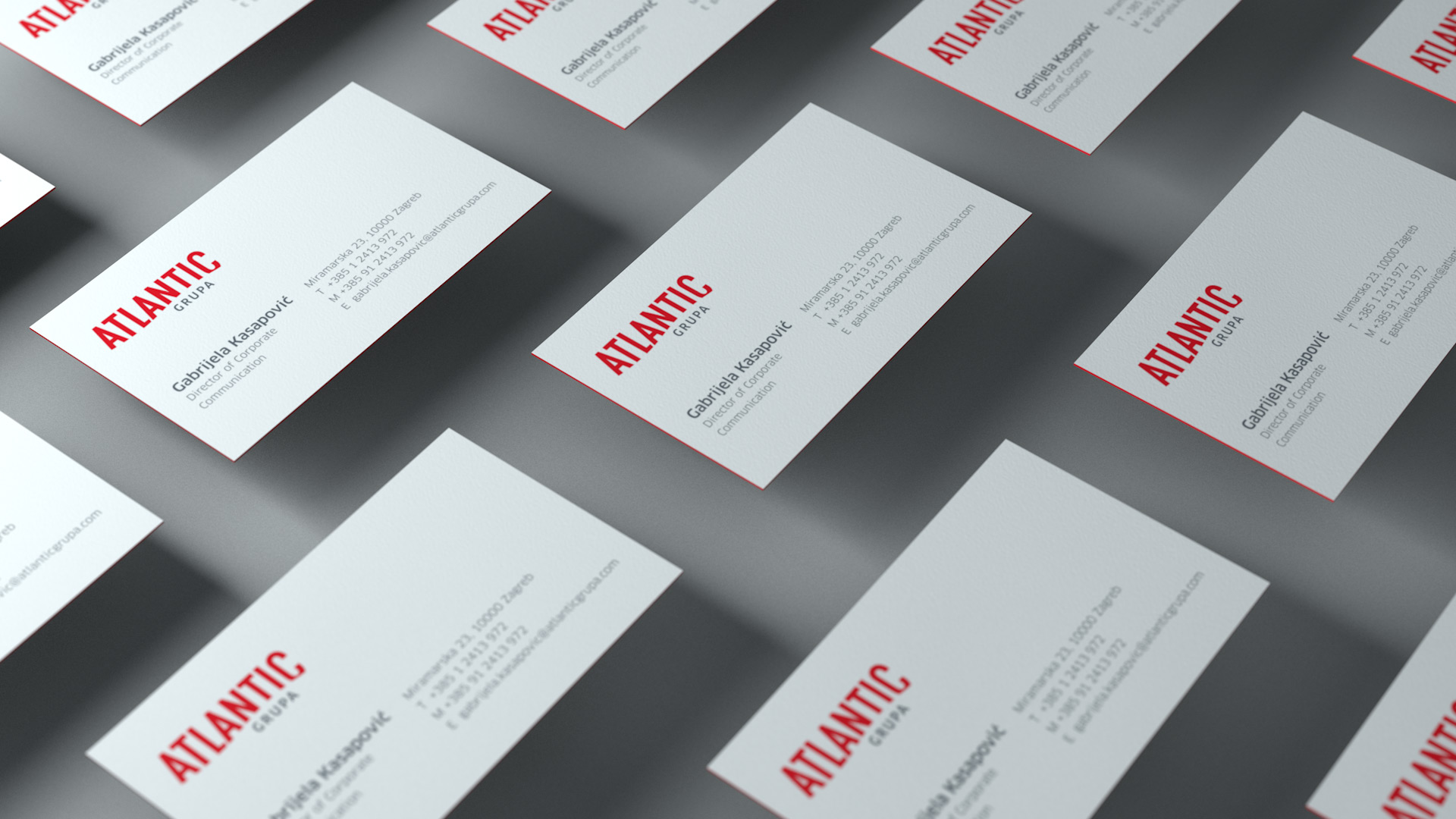 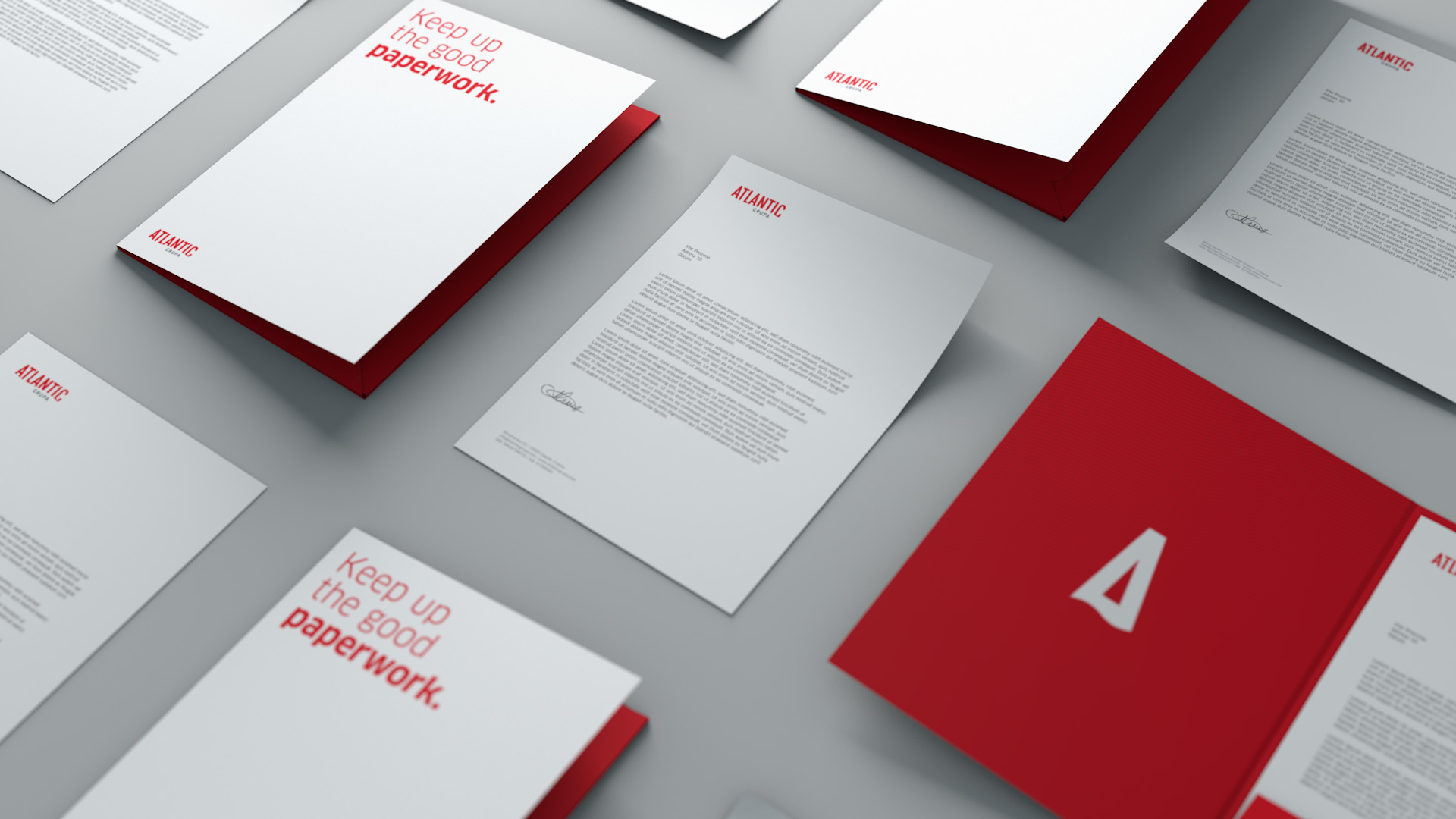 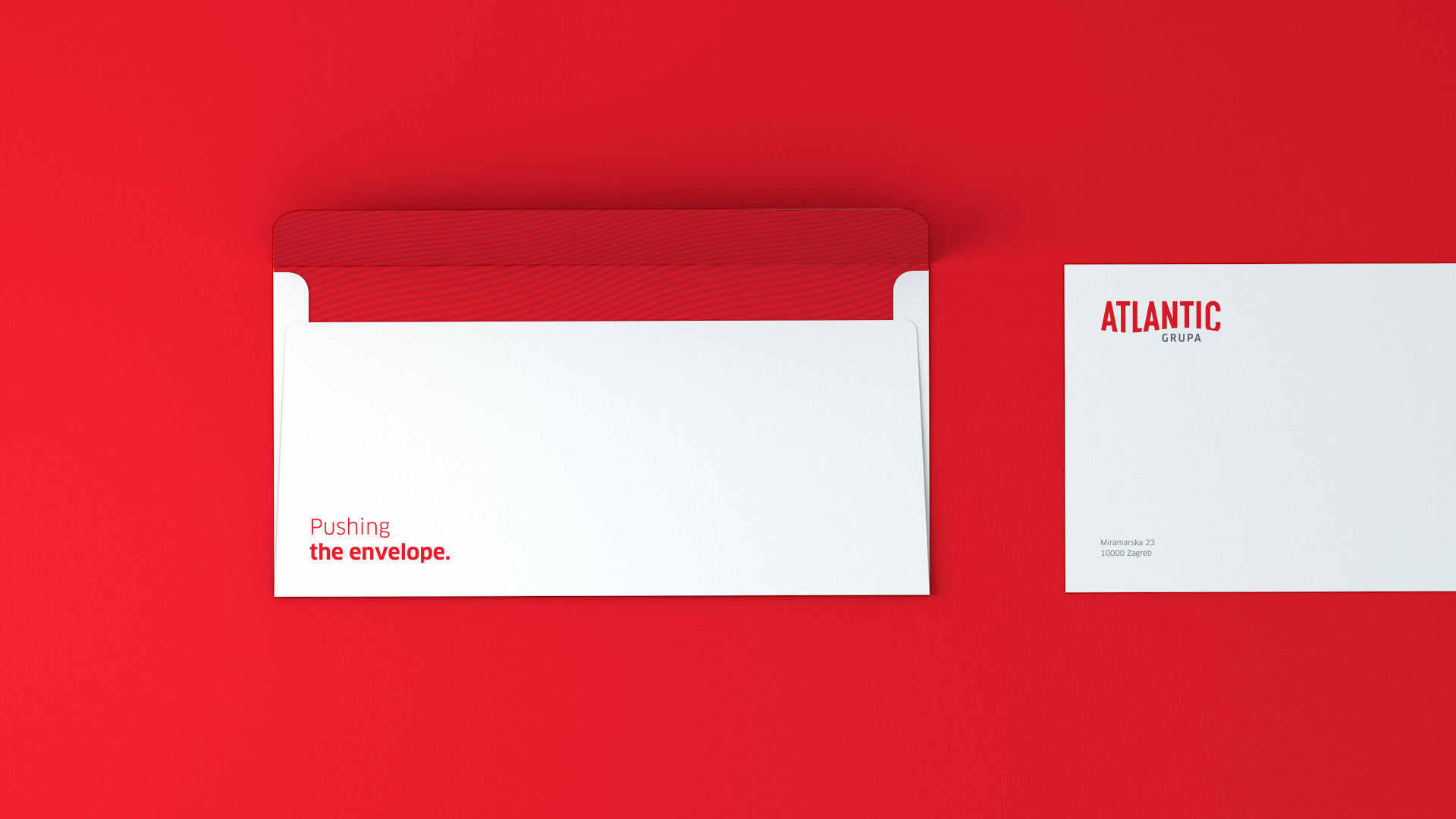 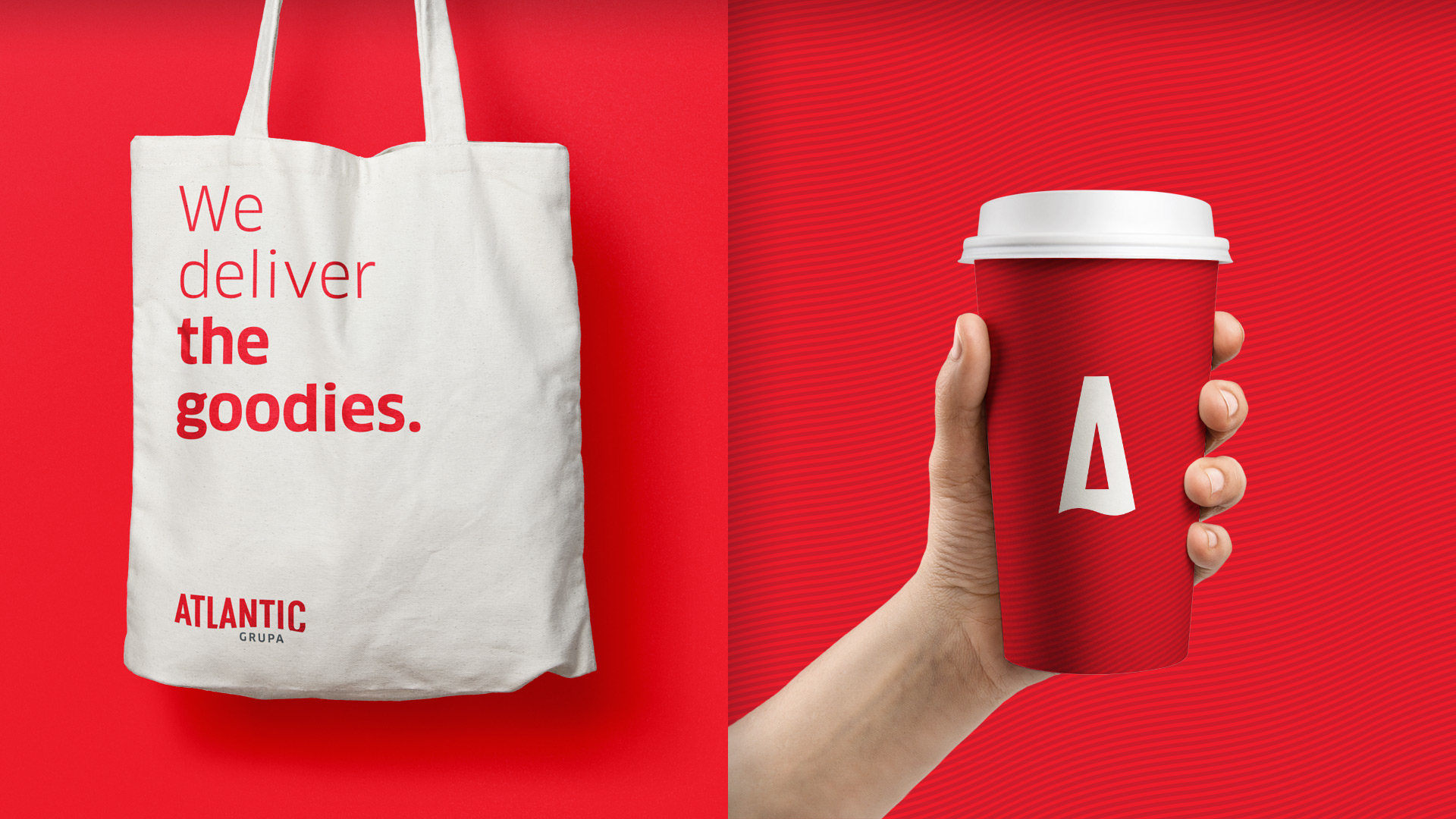 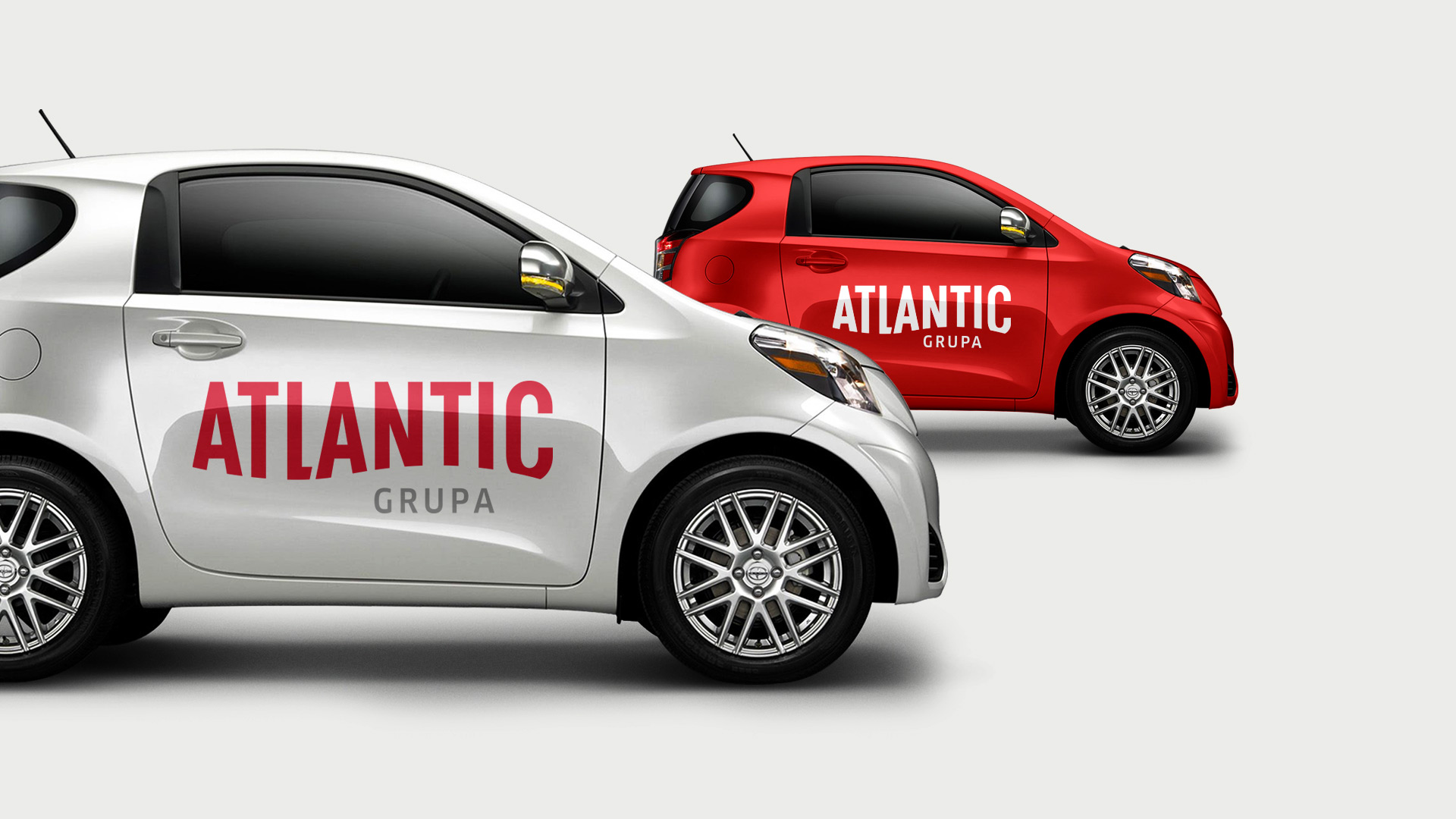 “Atlantic’s market value is a reflection of our corporate values we never deviate from” — Gabrijela Kasapović, Director of Corporate Communications 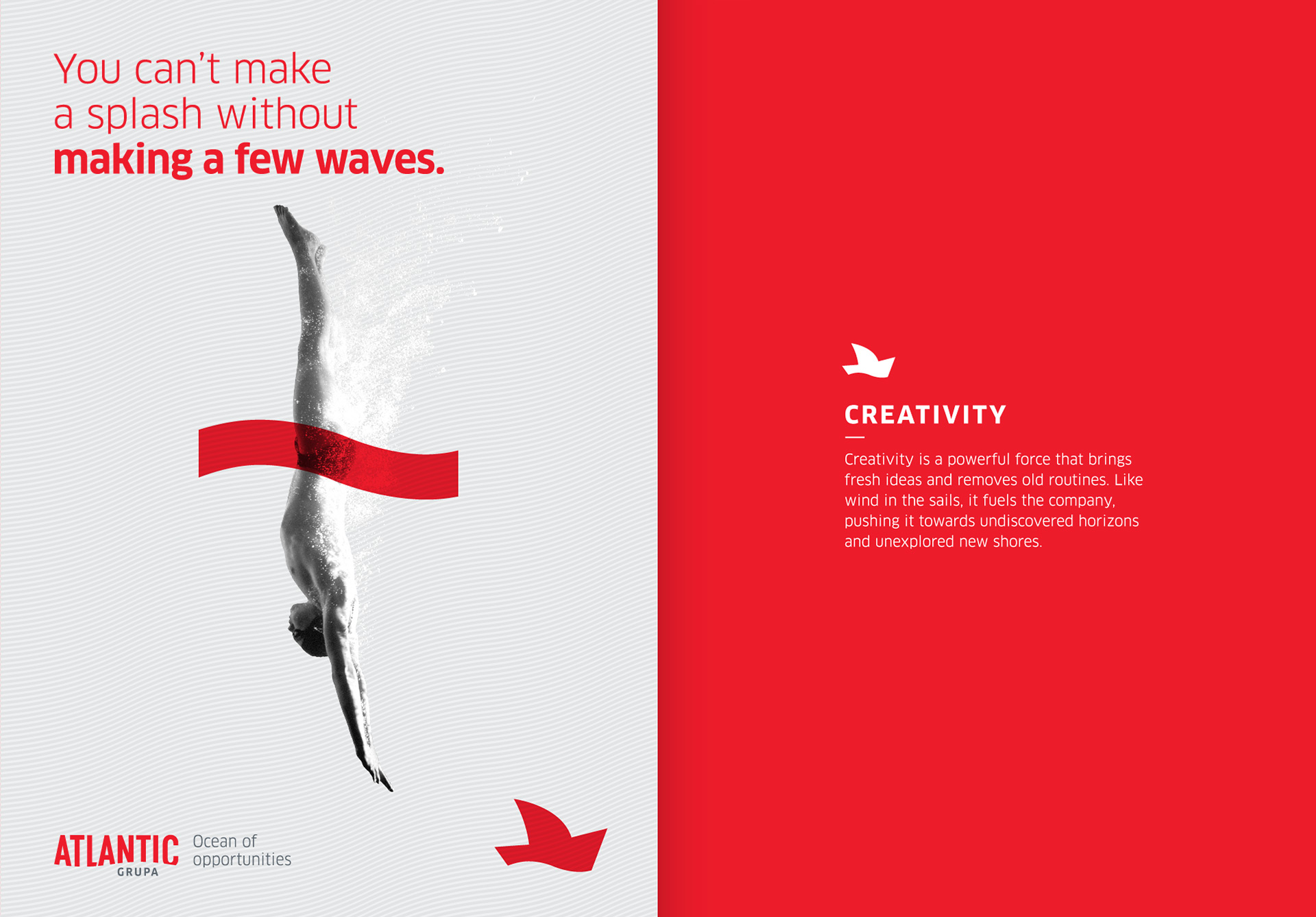 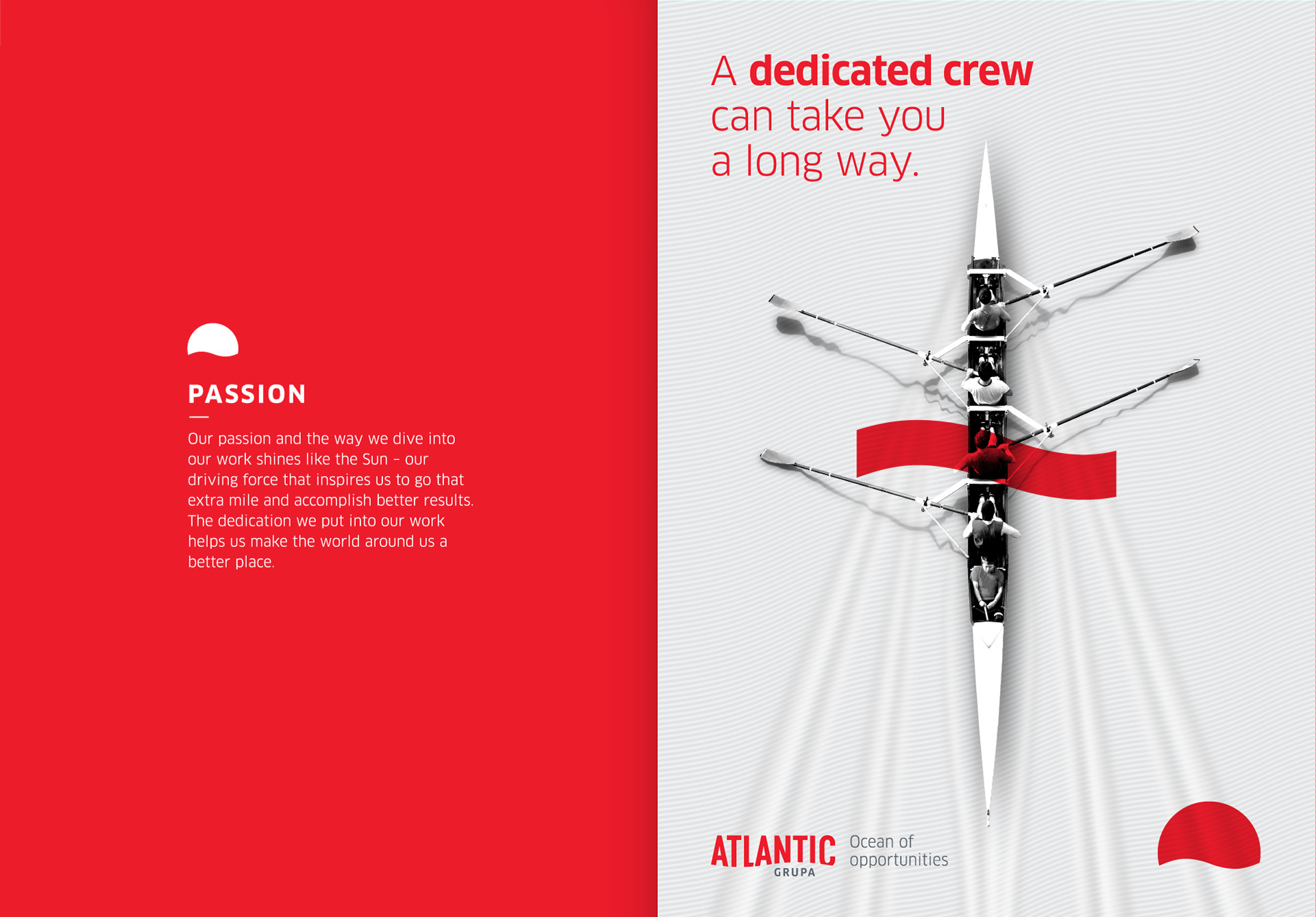 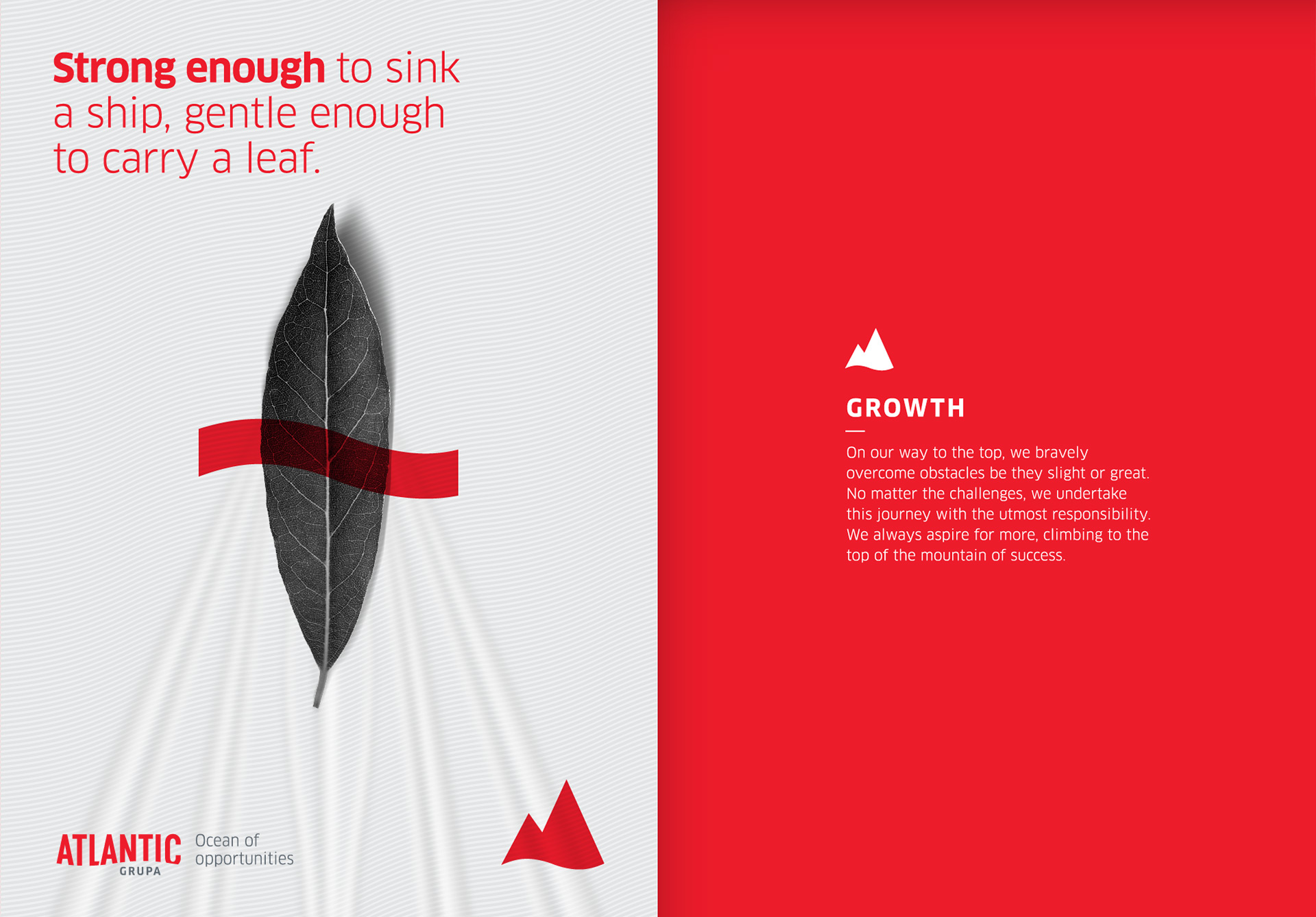 The new visual identity was soon to show its versatility and the full extent of its applicability — from posters for a student competition to numerous corporate events and conferences. 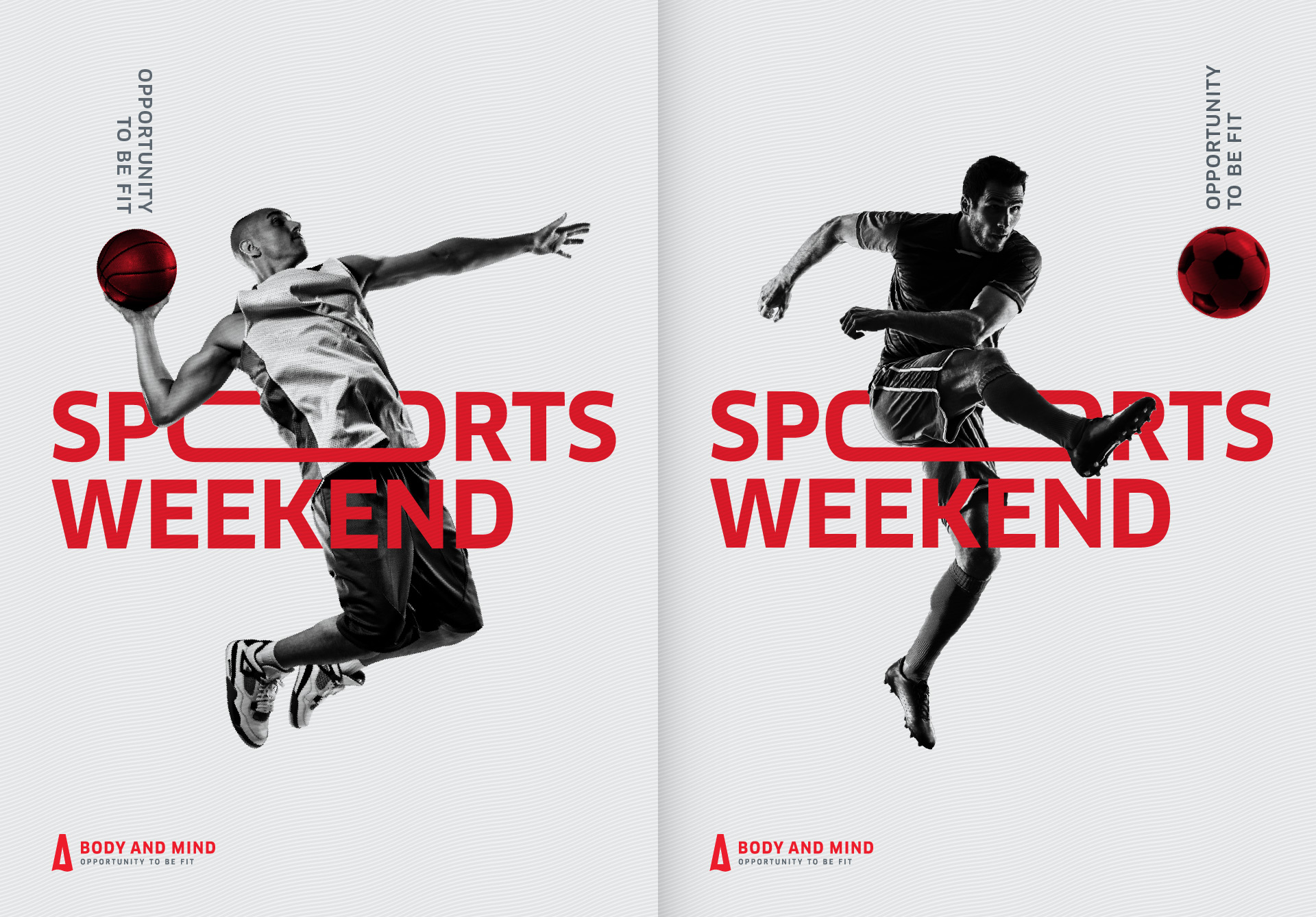 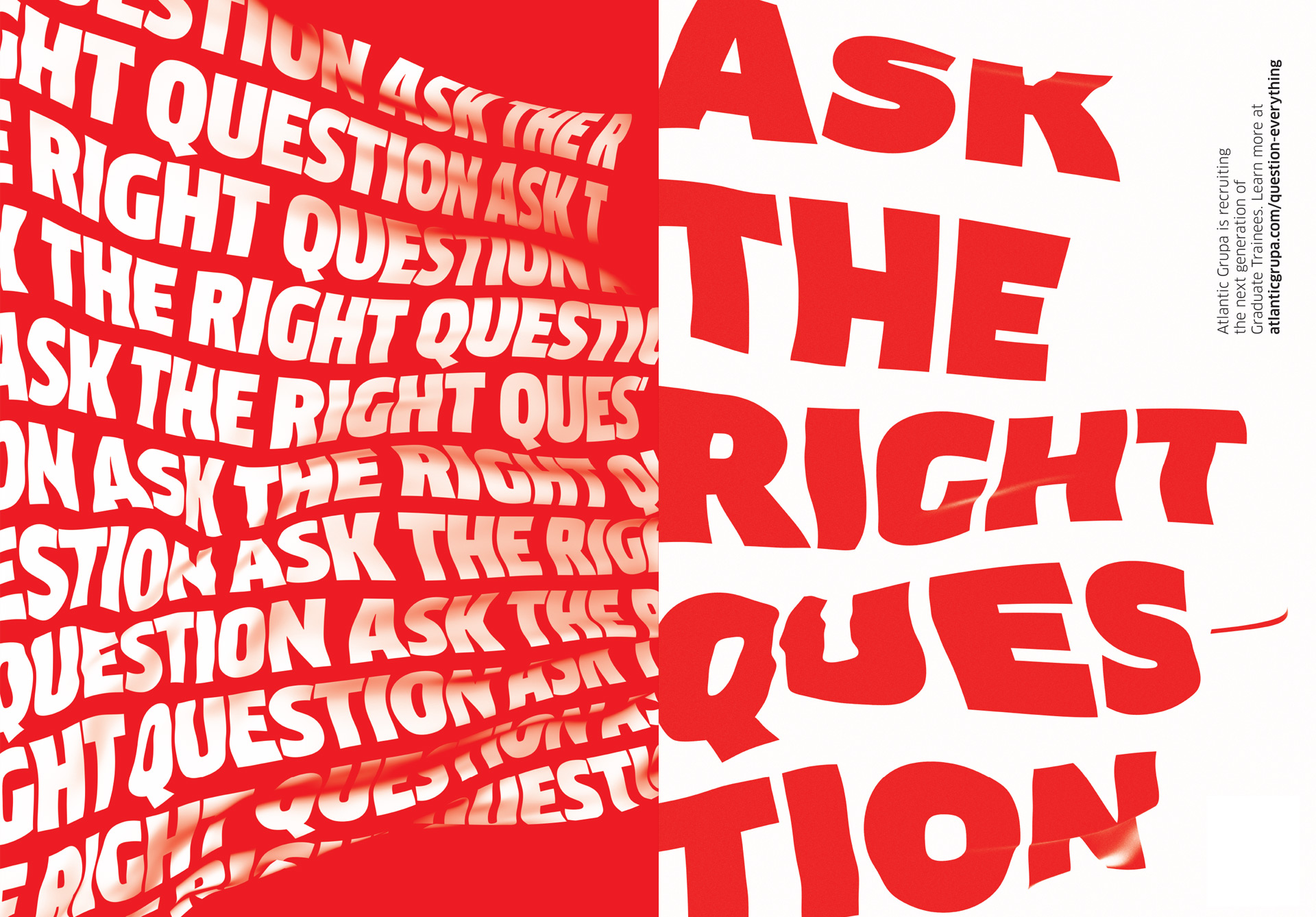 Experienced creatives know that it’s not enough to come up with a good idea, it’s also crucial to present it in a great way. Staying true to the old saying that “there’s no second chance to make a first impression” and that every launch has to be big, impressive and memorable — the presentation of the visual identity took another dimension. A third one.

“Senor is a reliable, thorough and innovative partner for (re)defining (marketing) communication. On time, and most of all on the spot”

To change the core element of corporate identity — logo and the visual/story around it, to meet our own image in the public.

We had several constructive meetings to align our common goals, and it went smoothly. They understood the assignment well and delivered accordingly.

Senor’s approach is very investigative — toward the client and the market, which works well for the goal. They are interested and interesting people, easy to work with, playful and serious in getting things done properly.

I’ve always had good experience working with Senor, we’ve managed to find a middle ground even when our view’s differed in certain aspects.

We’ve established a new visual standard on a corporate level, centered around the new logo which incorporated our red pantone, simplified the dominant wave symbol — incorporating it into the logo, and shaping it to be more distinguished among others when exposed in a bunch. the wave story developed around it, mainly for the purpose of employer branding, and the visual aspect of our corporate entity was nicely rounded. 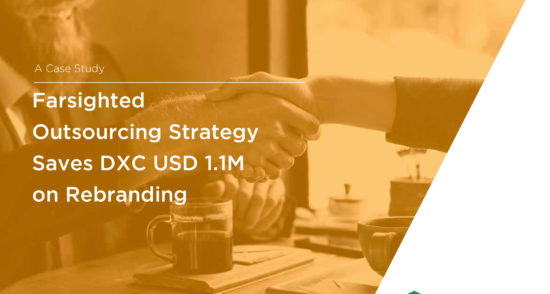 "Our experience working with SA has been excellent. Their team …"