United Trades Federal Credit Union is a financial institution with a clear mission and a bold vision for the future.

United Trades Federal Credit Union is a financial institution with a clear mission and a bold vision for the future. Focused on meeting the banking needs of skilled trades union members, United Trades is poised to expand beyond their initial Portland, Oregon catchment area.

The strategy: build a digital delivery platform as strong as their mission so skilled trades workers can bank with United Trades—no matter where they live. The brand we’ve built for expanding the credit union is already paving the way.

The credit union was formerly known as United Advantage Northwest Federal Credit Union (the result of multiple mergers), a name that held little meaning for existing members—and absolutely none for the prospects so critical to the institution’s planned growth. Our extensive research with members ensures the new brand—complete with tagline and industrial-style icon—makes that all-important connection.

United Trades’ new website does double-duty for the credit union: Driving account openings for prospects while serving as a digital branch for existing members.

While the credit union’s new website brings its brand to life online, our interior design does the same for United Trades’ flagship location.

Our new print campaign is sure to stand out in the union trades—and drive new members in. 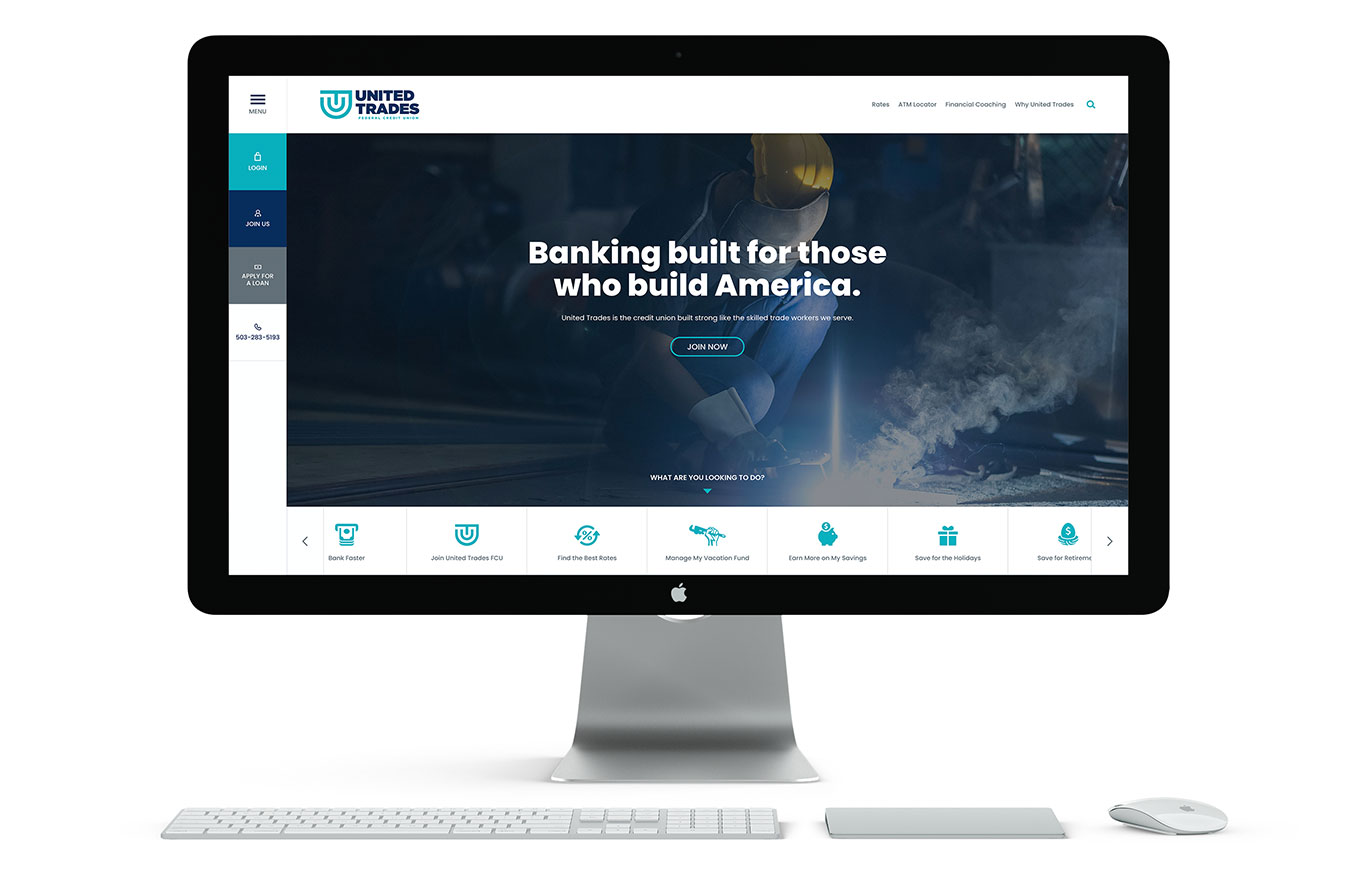 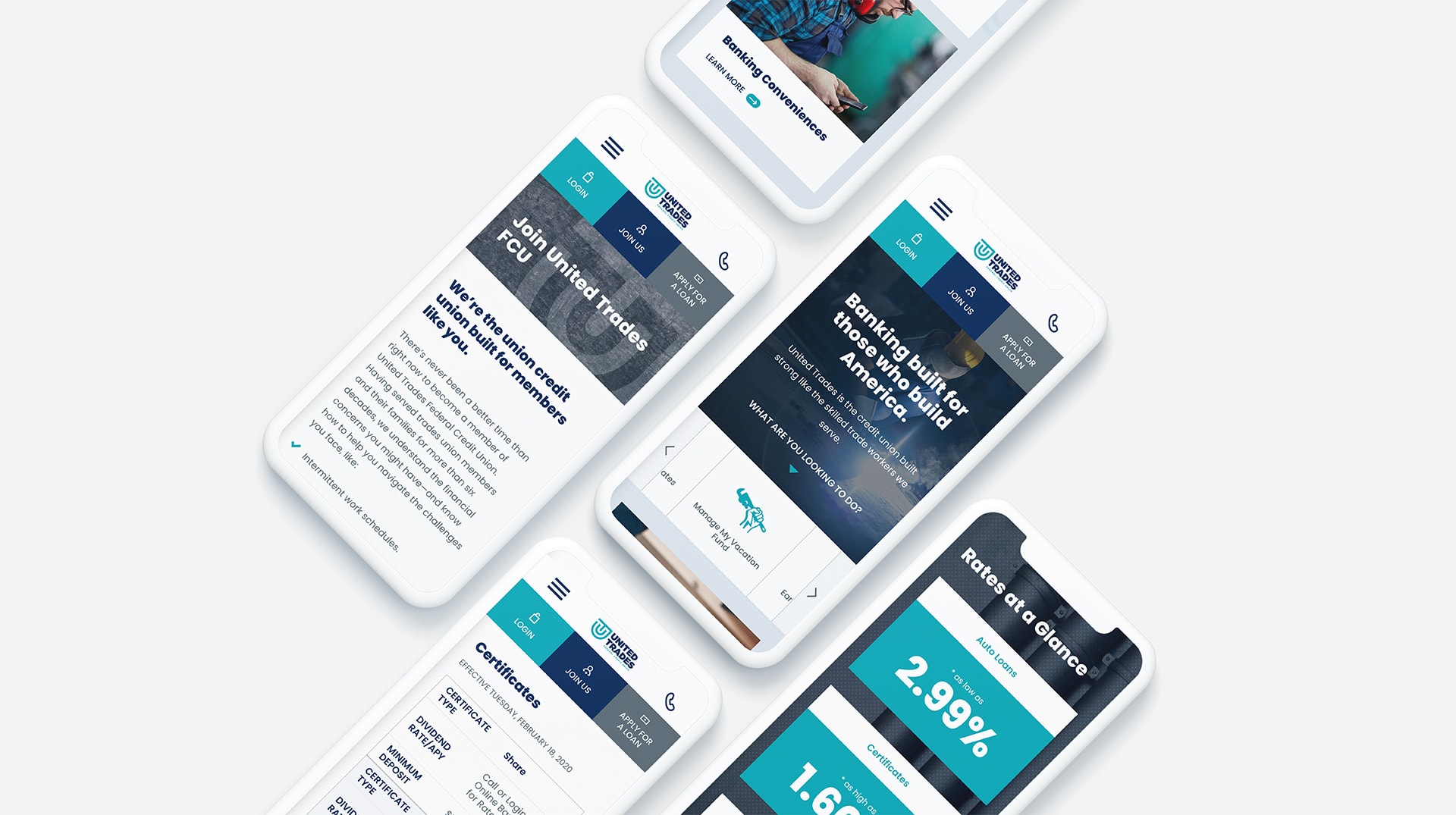 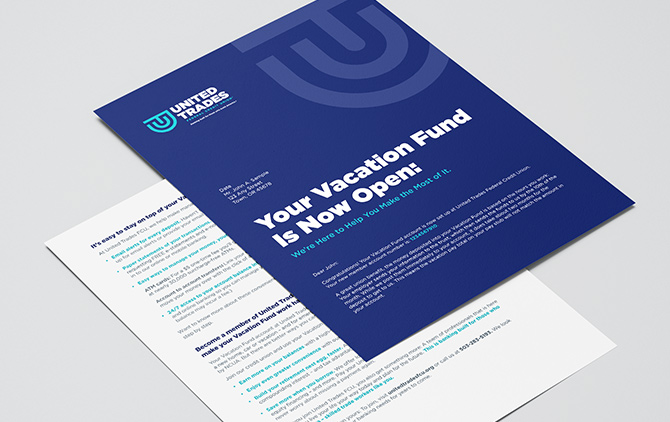 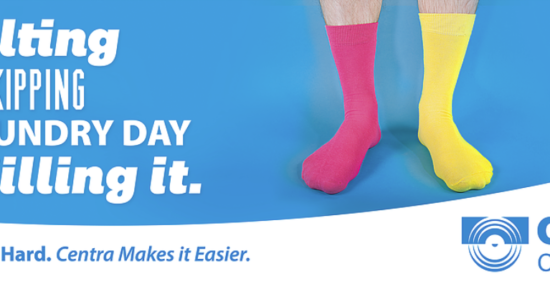