With 2.1 million apps available for users in the market, mobile application development has become a necessity for businesses. As a result, companies are looking for ways to develop a mobile app that is easy to use with an attractive interface and friendly functionality for its users. For doing the needful, there are several hybrid app development frameworks to choose from. Generally speaking, the type of framework to select depends on the kind of app you want to make.

To make the choice easier for you, we present you with the top 10 hybrid mobile app development frameworks.

Popularized by Facebook, React Native is used for building mobile apps by using JavaScript. Similar to React, you use same design which allows in composing a rich mobile user interface from declarative components. The end result is a mobile app that’s native in nature. The framework is mainly for expert level of coders. But beginners can also try their luck by taking help of the developer community.

Owned by Microsoft, Xamarin first came to use in May 2011. It is now one of the most popular frameworks for cross-platform mobile development. It is widely used for implementation of Common Language Infrastructure (CLI) and Common Language Specifications (CLS). It offers code reusability, tools, and functions for native apps and interfaces. All these features help developers in hybrid app development. By saving crucial time in development, programmers utilize the same code and tools multiple times.

Being a hybrid mobile framework, Mobile Angular UI makes sure of the fact that you get the best out of both Bootstrap and Angular framework for building flawless HTML5 mobile applications. Without any dependencies of Bootstrap js libs or JQuery, Angular UI is like an extension to Bootstrap 3. With the addition of fastclick.js and overthrow.js, the mobile experience is quite smooth.

Moreover, you can use some AngularJS directives for creating amazing and memorable user experiences. To help you with your development, the responsive media queries are separate files from the bootstrap. The UI components in the framework are like overlays, switches, scrollable areas, sidebars and absolute positioned navigation bars that don’t bounce on scroll. Most of all, this platform is open source and free to use under the MIT license.

Developed by Adobe, PhoneGap is an open source platform that is distributed by Apache Cordova. PhoneGap remains one of the most popular choices for Hybrid app development. Through this platform, you can use a single codebase that can be run on all iOS and Android devices. The concept of re-usability is also there as you can reuse old web development skills that are supported by various languages including HTML, CSS, etc.

Similar to other hybrid mobile development platforms, Ionic is also a free and open source framework. Developed by MIT, this platform uses the same technique as used by Angular.JS and Apache Cordova for building apps. Ionic also uses tools that are based on various technologies such as CSS, SASS, HTML5, etc. From there on, apps are distributed using native stores.

The best part about this platform is that it is endorsed by a wide pool of developer community. So the patronage helps beginners opt for Ionic for their web development needs. The native feel is very much there, thanks to its 120 native features of various devices including Bluetooth, HealthKit to name a few. The apps built through this platform use their own CLI to develop, test and deploy the app on any major OS which is a big plus for small sized businesses trying app development for the first time.

This is an open source HTML framework that can be used for free by any developer. Through Framework7, you can develop a hybrid mobile app for native iOS and Android platforms. The look and feel of the app is akin to the platforms. The framework is also used as a prototyping app tool through which you can view a workable app prototype whenever the need arises for a demo.

The primary idea behind Framework7 is to create iOS and Android apps with HTML, CSS and JavaScript. Consequently, it focuses only on iOS and Google Material Design to provide simplicity in the app design which also gives out the best user experience.

Through Sencha Touch, you can build cross-platform end-to-end mobile web apps with HTML5 and JavaScript. Sencha Touch is a favorite choice in mobile app development commercially, especially for enterprises. Sencha Touch comes hand-to-hand with products that have a high price in the market. This is one of the reasons enterprises prefer to use this platform, unlike other contemporaries. In contrast, individual developers and freelancers work on Ionic and Framework7, etc. that are open-sourced and widely used.

Sencha Touch has an edge amongst its competition by providing a native look and feel across all of the platforms supported by it. One of the most popular JS frameworks that help in creating performance driven apps with near native experience is ExtJS, which is of the Sencha Touch platform.

This platform has ready to use widgets for all iOS, Androis, Windows, and Blackberry. It also has a drag and drop HTML5 visual application builder that includes a high number of reusable templates. You can also build customized components that can be added in the library to reuse across different apps.

Once again, this is an open source framework; ready for developers to create apps by combining native-looking components. This is a fairly easy to use framework without AngularJS. Onsen UI also has documentation collateral for guidance related to its layouts and common app structures. Although for now, the framework only offers iOS theme but the latter versions promise to offer Material Design support. Onsen UI has semantic markup components and is free to use for commercial projects.

Powered by Telerik, Kendo UI is an HTML5 framework widely used for cross-platform mobile development apps. jQuery serves as its backbone with the framework having more than 70 jQuery widgets for use. It can also be integrated with Angular or Bootstrap UI framework.

Learning the Kendo UI is not that difficult as most developers are already familiar with jQuery. Moreover, it is a free and open-source framework. With slightly limited features, you don’t get dedicated support as some common widgets are still under a commercial license.

Titanium framework has mixed development environments provided by Xamarin and PhoneGap. The apps developed by Titanium are written in Javascript but you will have to use a custom XML and Appcelerator’s API to support some native features. Titanium is a cross-platform framework that fully supports Android and iOS. However, it does not include CSS and HTML. Ultimately, the compiled code is a combination of native and JavaScript that gives an overall much better performance for hybrid mobile development.

Although there are many types of various cross-platform frameworks available but the final word on selecting a framework for your mobile app development is based on your business requirements. If you are a small to medium business that is just to venture off in the app market, then it is probably prudent to select an open source framework with easy to use functionality and a developer community that can help you benefit from the online available resources on the framework.

However, if you have already ventured out in the app market but are still waiting to have serious success then it’s better to move to a framework that can help you with better customer engagement. Nowadays a popular choice is React Native that has qualities to encompass business requirements for various companies of different magnitude.

In any case, Custom IT Services Firm like Techliance has a wide range of skills on various development frameworks. Our team of resources has high expertise on hybrid app development frameworks like React Native, PhoneGap and Ionic. Talk to us today about your app idea and we will help you in less turnaround time. Techliance will deliver a hybrid app that will be the next big thing in the market. Read in detail about Top 10 Hybrid App Development Frameworks for a complete reference. 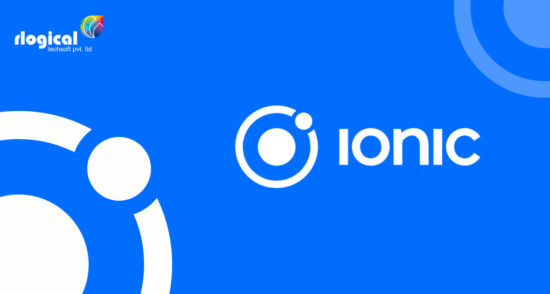 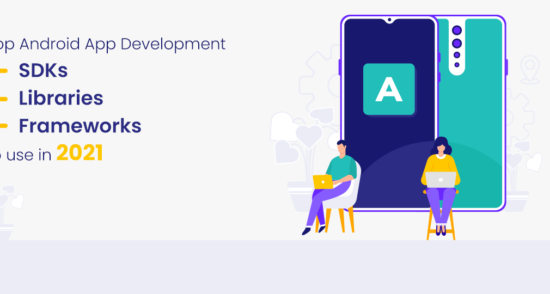 Top Android App Development SDKs, Libraries, and Frameworks to Use in 2021